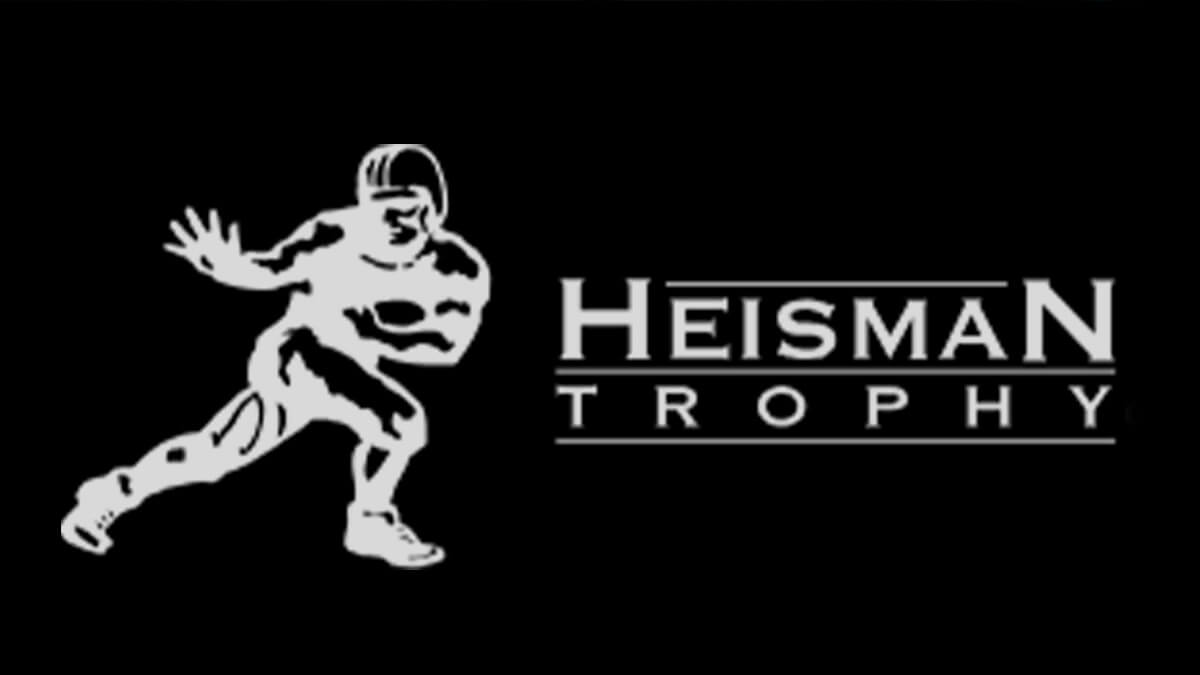 Week 7 in the CFB featured a ton of ranked-on-ranked action. In the marquee matchup of the week, #6 Tennessee upset #3 Alabama 52-49. The victory resulted in Tennessee jumping into the top three, while Alabama fell out of the top five.

Saturday’s game was more than just a major victory over the class of the SEC. It also legitimized Hendon Hooker as a Heisman candidate this season.

But is it too little, too late for Hooker to have a chance to catch CJ Stroud?

Keep reading to find out if Hooker is indeed a good sleeper pick for the Heisman this season. We will also tell you which football betting sites have the best Heisman Trophy betting odds.

Hooker is in his fifth season of college ball. The 24-year-old transferred to Tennessee from Virginia Tech prior to last season. He has used his final year of eligibility to run roughshod over opponents.

As all true Heisman candidates must do, Hooker played his best on the biggest stage. His 385 passing yards were the most he has had in a game this season. The fifth-year senior was able to torch the Crimson Tide secondary early and often on Saturday. He ended the day with 5 passing TDs and added 56 rushing yards as well.

It was not all good for the Volunteers’ QB. He also threw his first interception of the season. Tennessee also nearly blew a huge lead and had to win on a last-second FG as time expired.

Hooker is on pace for the best season of his college career. The fifth-year player came into the season at +4000 on many Heisman Trophy betting boards. Bookmakers have shortened Hooker’s odds significantly thanks to his stellar season so far.

Is Hooker a Good Sleeper Bet?

The win on Saturday did wonders for Hooker’s Heisman Trophy odds. He had one of the best games of his career against one of the top teams in the sport. As a result, Hooker (+500) now has the second-best Heisman odds according to BetUS.

Saturday’s big win was enough to push the Volunteers to number three in the latest AP poll. If the season ended today, they would be in the College Football Playoffs for the first time in its current format. Staying at number three will be easier said than done.

Tennessee only has six games left on its regular season schedule. It will likely need to go undefeated down the stretch to stay ahead of #5 Clemson and #4 Michigan. The November 5th matchup against #1 Georgia could be the Vols’ undoing.

That also means that Hooker will only have six more chances to show why he deserves to win the Heisman Trophy. He will need to have big games against Tennessee’s two remaining ranked opponents, Georgia and #19 Kentucky.

Hooker and the rest of the offense have shown no signs of slowing down. If he can keep playing at this pace he should set new career highs in total passing yards, completions, and completion percentage.

Saturday’s win was a great Heisman moment for Hooker. However, he will likely need at least one more if he wants to unseat C.J. Stroud. Luckily, there are still plenty of games left on the schedule for Hooker to shine, making him a great Heisman sleeper pick.

How to Bet on the Best Heisman Trophy Winner Odds

Despite only opening in 2020, this online casino has far exceeded our expectations. With plenty of casino games and sports betting options, and an official license from Curacao, 20Bet is an ideal place for new gamblers to get their footing.

Bet365 is a great sportsbook destination for anyone who enjoys live sports betting. They also feature a wide variety of promotions throughout the year.

It’s a shame that 22Bet isn’t available for US players, because they promise 48-hour payouts and have a very large selection of banking options. Plus, their games aren’t bad either, with titles from more than 100 software providers

Betway has been a big name in the European gambling scene, and they are particularly well-known for their esports betting options. But, that doesn’t mean you can’t enjoy some casual slots or table games at their diverse online casino!

888sport is a great place to bet on sports online. They feature a variety of specials bets and have an impressive racebook as well.

Hooker has quickly moved up odds boards thanks to big wins in recent weeks. Betting on Tennessee’s QB now could be the best way to lock in his value as a Heisman sleeper. To do that, you will need a great college football betting site that offers Heisman Trophy futures wagers.

If you are lucky enough to live close to a retail sportsbook, then you may be able to place your bets in person. Even then, placing a wager online may be the better option if you want the best Heisman Trophy betting odds.

Online gambling has come a long way in recent years. It is easier than ever to place bets on all of your favorite sports in a secure and fun environment. Our college football experts have even created a list of safe online betting sites for you to choose from.

The above sites all offer competitive college football betting odds. They also received high ratings from our experts during our thorough review process. You can sign up at any of the sites above and begin betting on the latest Heisman Trophy betting odds today.

Our recommended sites also make it easy to find betting odds on your favorite sports thanks to their great user interfaces. They offer a ton of banking options, so it is easy to deposit and withdraw funds as well. You can even use their great promotional bonus offers to get extra funds to bet with.

Who Are the Other Heisman Candidates This Season?

Hendon Hooker (+500) has seen his Heisman betting odds shorten a ton in recent weeks. However, he is not the only candidate that has been playing great. C.J. Stroud (even) has also been playing great, as have Caleb Williams (+1000) and Blake Corum (+1200).

C.J. Stroud (even) has the best Heisman Trophy betting odds through seven weeks of the season. Stroud entered the season as the betting favorite at many sites and still remains at the top. He has led the Buckeyes to a 6-0 record and the second spot in the latest AP top 25 rankings.

Stroud and The Ohio State’s offense have been hitting on all cylinders this season. The Buckeyes have been able to cruise through most of the season so far. Still. Stroud’s performances in dominant wins have been impressive.

The third year QB still needs a “Heisman moment” if he wants to stay atop the odds boards. Matchups against #16 Penn State and #4 Michigan could provide the perfect opportunity for Stroud to shine.

Stroud certainly has the stats so far to support a Heisman campaign. The Buckeyes’ QB has 1,737 passing yards, 24 passing TDs, and just 3 INTs. He has thrown at least two TDs in every game, including four games with four or more passing TDs.

Caleb Williams’ decision to transfer to USC was one of the biggest stories of the offseason. Williams has been able to grow his game in his second year working with Lincoln Riley. He has already surpassed his total passing yards from last season despite playing four fewer games.

Saturday was a rude awakening for the USC QB. Despite putting up 42 points, Williams and company fell to Utah 43-42. The loss knocked USC all the way to the 12th spot in the latest AP rankings.

There is still plenty of time for Williams to reinsert himself as a Heisman candidate. A mid-November showdown with #9 UCLA could provide Williams with the stage he needs to shine. Another loss, though, would likely derail any hopes he has of winning the Heisman this season.

The Spartans end the season against Notre Dame, which is currently unranked. Despite their struggles this season, the Fighting Irish are still a marquee brand in the sport. A big win against ND could also give Williams a boost with Heisman voters.

Michigan RB Black Corum (+1200) is the only non-QB in the top four of the latest Heisman odds. Corum has had a breakout year for Wolverines, rushing for at least 120 yards in four straight games. He has 901 rushing yards on the season and 13 rushing TDs.

Corum announced himself as a top RB in college football in Week 4. His 243 rushing yards and 2 TDs powered Michigan to a 34-27 win over Maryland. The RB also had a big game last week against rival Penn State.

There is no denying that Corum has been impressive over the last month. But the Michigan RB still has plenty of work to do if he wants to be a true Heisman candidate. Corum will need to be equally as impressive against #18 Illinois and #2 Ohio State at the end of the season.

Hendon Hooker has officially entered the Heisman conversation after Tennessee’s huge over Alabama. Hooker (+500) still has plenty of work to do, but he is a great sleeper pick in Heisman betting markets. The QB could lock up the award if he leads the Volunteers to their first postseason appearance.

Check out our other college football blogs to find out more about the latest betting odds.